It puts a lot of added stress on your SO if you try and dump all your worries and woes on them. It's also not fair to put someone under that amount of stress. You have to be happy with yourself before you can make someone else happy. You also can't jump in a relationship and expect the other half to fill whatever gap you are missing. Dating is completely possible once you're out, there's just a whole lot of self-improvement you gotta work on first. Figure out what works for you personally, as an individual, and take it from there.

Having a handful of friends sound perfectly normal. Maybe even slightly on the better side of average. Please please please don't think I'm saying this in a mean way bonbossa! We were programmed to think that all eyes are on us all of the time , when in reality, they aren't. In every experience I've had telling normal people I grew up a joho, I've only received an outpouring of sympathy and understanding with requests on how to help.

I don't suggest making it a poster campaign, but I think you will be pleasantly surprised with the world and how eager normal people are to help and love. I was up front with my husband and he was completely understanding. I had a handful of worldly friends but over time, I got more as his friends became mine too. Then after we got married and had our daughter and started school, we made even more friends.

Regarding my girlfriends, only a handful know my story. Lol I think your friend is super funny! Don't make a big deal out of revealing it. If you do, it will come across as weird and cringey. It will eventually come out in conversation. Then let them ask the questions. My friends all know, people I dated knew and my husband knew and found it fascinating.

My parents refused to meet him before the wedding and his family was all in his home country so we threw a tiny lunch after we got married less than 10 people total. It was beautiful and special. I was disfellowshipped at I told my husband that I was an ex jw right off the bat when we were dating. Thats when it becomes blatantly obvious how dysfunctional our family dynamics as ex jdubs is. Myself and my oldest brother are POMO. My other brother, youngest sister, and parents are still in PIMI. I did send them all formal invitations to our wedding. I got no response at all from my brother.

Although some of my immediate family were not there I love telling people I'm exJW, absolutely love doing so. It is something I've very proud of accomplishing. I kind of bring it up when it arises organically. I don't make a big song and dance about it. I've found that most people don't really care. It was a part of my past and it's no longer a part of my life. 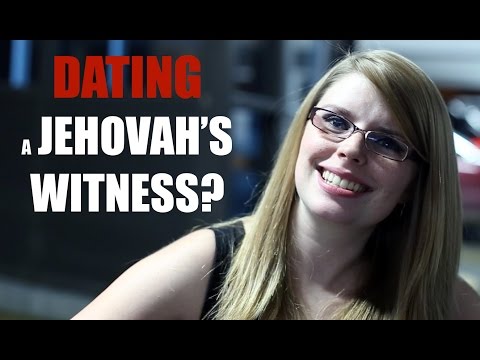 Most people don't really care romantic interests or platonic friends. Some have a few follow up questions but it's not a big deal. My ex didn't care and wasn't interested in learning anything about it. All she cared about was that I was lacking in a few departments, mostly social ones, and it was my problem to fix it. She's an ex for way more than that, but it wasn't particularly helpful. I don't currently plan to bring it up as a major thing, having been out for over a decade. I'm reasonably well adjusted and socially acclimated, and as it turns out I'm a bit of a loner anyway and keep my social circles fairly small.

I only ever brought it up with people I dated seriously. I have so much anxiety and other residual issues from being a JW that I feel it is important that someone I plan on getting serious with be fully informed. Thankfully, my husband had a mother who studied off and on throughout his childhood. We married at city hall.

No party or anything. We got married for us and that was all that mattered. My close friends know that I grew up a JW. I also have a few childhood friends that are now Pomo that I keep close. I told him I was in a cult and did absolutely nothing as a child. At that point they deserve a brief explanation. It not always in your best interests to share that right away. It defined us for so long but we need to figure out who we really are and let new things define us.

Otherwise you become that weird chick who was in a cult instead of the cool chick who drinks cider and likes to go dancing.

If you have the "I used to be a JW" talk with someone, you can only really have it if you're not feeling the pain. If you're talking to someone that is sad, you can tell right away. I don't notice it when it's happening, but sometimes i myself will talk to someone about my life as a JW and I get away from myself. I start going on rants about the stupid shit we did and it's not until I'm laying in bed later on that I'm like, "Maybe I got carried away. I have broke up with him twice over my fears. Because subconcioulsy he is still a "worldly person" who is going to do nothing but hurt me and only wants me for sex, blah blah blah.

We argue and fight and I have had a hard time dealing with that because again, my ex and I pretended we were perfect and didn't fight for the whole 9 years we were together. It's differant, it's terrifying but for the first time in my life it feels real instead of feeling like I'm just faking life.

Just remember that most EX-JWs start out dating at an 8th grade level. I am 30 and feel like I have the expierence of a 20 year old. Im sure it's nerve racking but I would think dating outside the confines of the WTS and their "standards" for dating makes things easier for everyone. You don't have to be placed under the anxieties of pharasaical works to prove your spirituality to your potential mate. It isn't a real relationship unless you have arguments, not that this should define the relationship or is absolutely necessary but it's realistic.

And there are rules for arguments and "fighting". The best part is making up afterwards. Sign up Sign in.